Why Political Doxxing Is A Danger 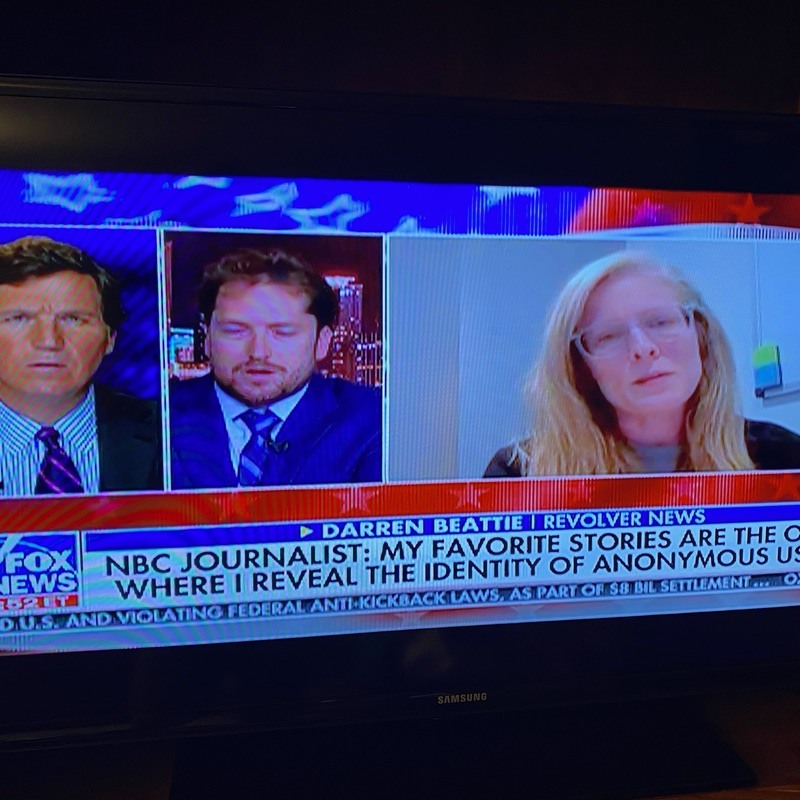 There's no doubt that the political landscape is much more polarized in 2020 than previous years. Beyond just the stresses of the Coronavirus lockdowns and riots and other problems ripping society apart, even our great Election Day between President Donald Trump and former Vice-President Joe Biden seems like it's turning into a lengthy and tumultuous affair. While the media has projected Joe Biden as the winner, who knows what will happen there when the innevitable recounts and court challenges take place? While there's a lot of uncertainty in the system that's out of all of our control and seems destined to be settled in courts, what's unambiguously in your control is protecting yourself from all types of political extremists.

While most election donations greater than a certain dollar amount have always been among public records, various new websites such as donor.watch have made it easier than ever to find your community's political contributors. There are even sites like TrumpAccountability that was trying to make a list of Trump supporters to harm their career before the public backlash became a bit too intense and they were forced to backpedal on that. And because of the polarization that exists, extreme partisans have made it their mission to dox and target supporters of the candidate that they hate. Twitter Commentator Jennifer Rubin echoed similar sentiments , "Any R now promoting rejection of an election or calling to not to follow the will of voters or making baseless allegations of fraud should never serve in office, join a corporate board, find a faculty position or be accepted into "polite" society. We have a list." Sadly, this kind of sentiment doesn't seem to be limited to fringe Twitter activists as famous and influential Representative Alexandria Ocasio-Cortez stated the following, "Is anyone archiving these Trump sycophants for when they try to downplay or deny their complicity in the future? I foresee decent probability of many deleted Tweets, writings, photos in the future". Everybody supprots vigorious and passionate political debate, but these dark thoughts lay beyond what Americans have seen before.

You have to be informed and mindful of this when considering your political activity and discussions. For instance, you should feel free to speak your mind on Reddit. But be very careful about providing personally identifying information via your profile as that's the type of environment where people are pushed to extremist activity. People egg each other on and encourage each other to aggressive harmful acts against individuals. It goes without saying, but while freedom of speech and criticism is always a right, there's no right to try and harm somebody else, try and Swat them, go to their house and intimidate, or take other deliberately harmful actions.

Political commentator Darren J. Beattie made a fascinating Twitter thread recently on how professional journalists such as Brandy Zadrozny are trying to dox people they disagree with. He stated the following, "NBC reporter @BrandyZadrozny appears to use paid, dark-data search engines to dox the personal information of anonymous Trump supporters online - obtaining PROPERTY RECORDS, PHONE information, and even their AMAZON WISH LISTS." and provided some more thoughts and information on this. As always, keep your Amazon privacy settings locked down and be careful about reviews and comments you leave. This underscores why managing your Internet presence closely and making sure your private information is not easily accessible is so important. It seems reasonable to assume that stories like this can be true as the polarizing landscape has provided more examples. This article could be 1,000 pages long if all of the bizarre harassing Tweets from Twitter blue checkmarks were posted here, and there's many other examples as well. For instance, CNN boasted about their doxxing of private Reddit user "HanA**holeSolo" for creating a simple meme GIF of Trump wrestling a CNN logo. This is not the America that we remember where people respected the right of others to speak their mind and further illustrates why you need your personally identifying information off of the Internet as it is easy for authoritarians of all political persuasions to silence you otherwise.