Expensive Cars Are Being Stolen With Apple Airtags: Location Data Can Harm. 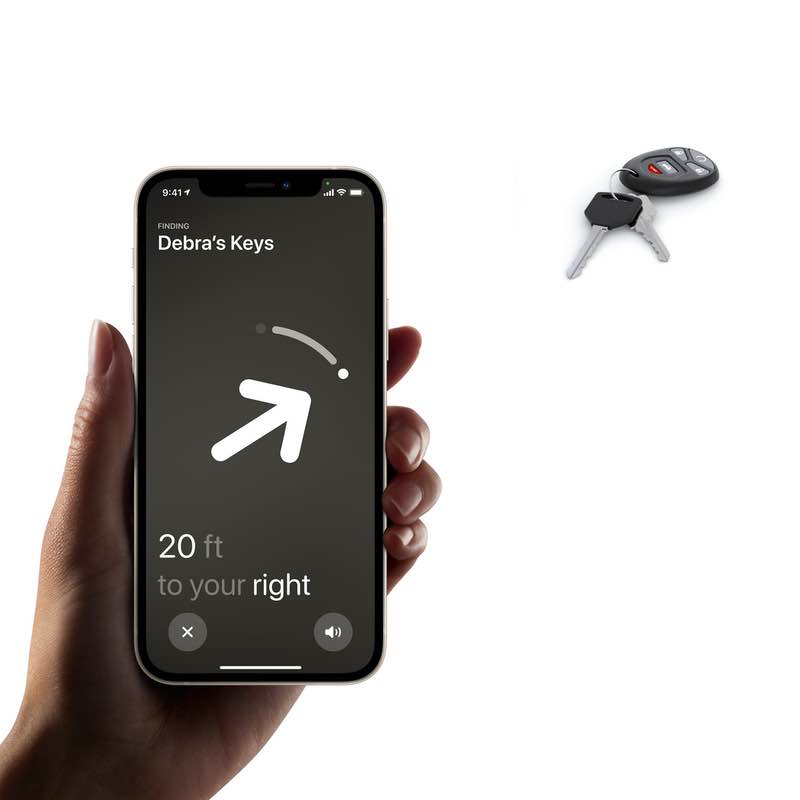 The Apple Airtag is a fascinating example of a highly useful product that by its nature creates some fundamental privacy challenges. For those who don't know, digital trackers such as the Airtag let people who are prone to losing physical items such as keys or their purse attach a small and relatively inexpensive tracking device to different physical objects. It might sound like it's out of a James Bond movie, but it's not. This class of devices uses very conventional technologies such as Bluetooth and clever software techniques to tell you its physical location via an App. In theory, you can use this to find a pair of keys that have been misplaced in your house, or even track down a thief that's managed to drive off with your purse to his own home. That's the good part.

The bad part is that the more clever thieves have already recognized that these devices can be used to enable criminal activity. York police alone (Canadian York, North of Toronto) have recently announced that in the last 3 months, there were at least 5 incidents where car thieves have been using AirTags to track down high-end vehicles they want to steal. Criminals might visit a high-end department store or club and wait until they spot an expensive car that they want to steal such as a Jaguar XKR, Rolls-Royce Phantom, or Bentley Continental GT, wait until nobody is looking, attach the tracker to the underside of the car, and track the car down later at their leisure. Of course, as anybody who has seen Breaking Bad can attest, tracking devices have been affixed to cars long before these digital trackers were invented, but the mass adoption and commercialization of this technology does make it more readily available. Of course, a car thief isn't likely to go to all of this trouble to track down an average person's Honda Civic or Toyota Corolla, but this does show how various types of personally identifiable information can be used by criminals to cause harm.

Due to its product-oriented, rather than service-oriented business model, Apple has had more of a privacy focus than other Big Tech firms in recent years. This has led to some big Privacy Innovations such as the App Tracking Transparency (ATT) framework and their Privacy Nutrition Labels. However, Apple has also had some privacy missteps and question marks from time to time, such as their incredibly Contraversial Child Sexual Abuse Material (CSAM) scanning feature as well as Tim Cook's secret $275 billion dollar deal with China.

The Airtag has some clever software innovations to protect users's privacy such as alerting them when a tracker is following them, but still can sadly be used to harm people, especially those who are not in the Apple ecosystem and can't see those warnings. Though many manufacturers of tracking devices such as Apple and Tile are intensely focused on privacy and claim not to sell user location data, these kinds of devices, along with all of the products in the Internet of things (IoT) landscape can be used for extraordinarily nefarious purposes. Along with the traditional data that data brokers monetize, new types of devices and technologies are enabling the Location Data Industry to flourish with Collectors, Buyers, Sellers, and Aggregators all contributing towards the pipeline that takes your location data and makes it into a commodity that is used to monetize your life. Luckily, RemoveMyPhone works to remove your personal data from these kinds of data brokers such as Acxiom that use your location data as a monetization tool. There is not a lot of transparency in this location based data marketplace, but there have been all kinds of unusual stories about the types of data being sold, such as Muslim Prayer Apps selling location data to military contractors. Location data is very critical to your life: you definitely don't want somebody to know when you're on vacation and your house isn't being guarded, so it makes sense to consider the privacy ramifications of every device, gadget, App, and tool you decide to use extraoridinarily carefully. Location is amazingly powerful and useful and can also cause harm. It's important to recognize both of these facts.