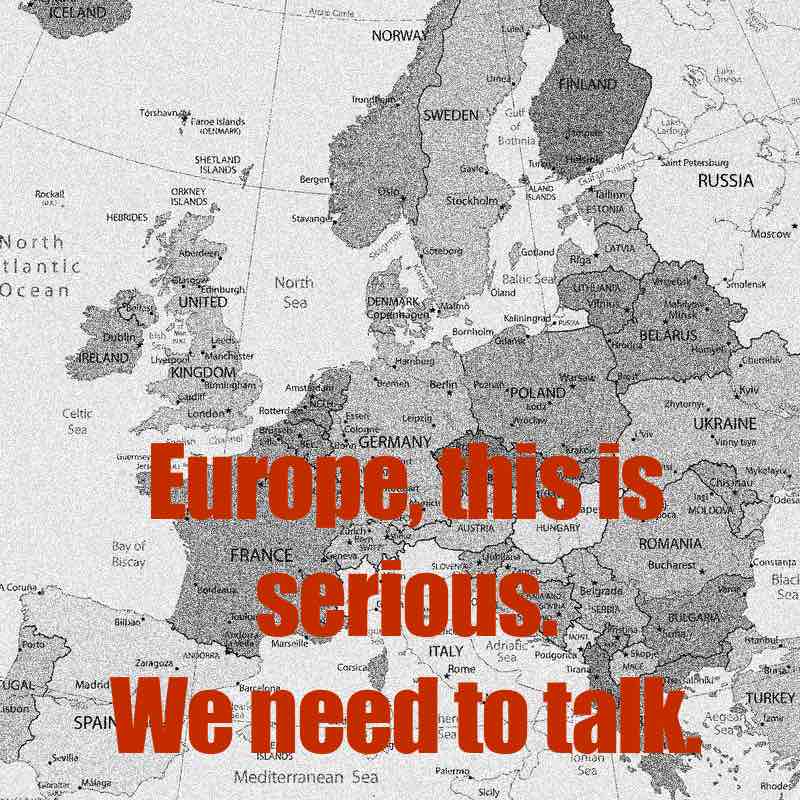 In a free society, people expect to have the right to legally communicate without government interference: whether that takes the form of punishing speech or monitoring it. That tradition seems to be sliding away from people in the Western world as governments, in the name of tackling diverse global problems such as terrorism, climate-change, guns and crime, protecting children, and Covid-19 are stepping beyond their traditional role in recent decades to take steps that would have been described as unthinkable even just a decade ago. Governments blanket-spying on all citizens with no due-process is a huge privacy concern as even Government databases are subject to numerous data breaches, leaks, and other potential abuses.

At the meeting of EU interior ministers in Brdo, Slovenia recently the government representatives spoke out in favor of mandatory screening of private communications. In the final declaration of the 2 day conference convened by the Slovenian Council President, the participants welcomed the EU Commission’s intention to present draft legislation in early 2022 to have all smartphones to search messages and photos for allegedly suspicious content before they are sent via encrypted messaging services. Unencrypted communications are to be screened by the phone providers. If the algorithm detects suspicious content, a report would automatically be sent to the police agents. The ostensible purpose is the search for child pornography. However, according to the Swiss Federal Police, 86% of the personal messages and photos reported by the algorithms so far only are not criminally relevant in the slightest. According to a poll from the European Pirate Party upwards of 72% of the population are against having their speech monitored in this way: so much for Democracy.

Even though their implementation was arguably very clever and about as good as could be expected, Apple's recent plan to scan all personal photos for child sexual abuse images raised some immense privacy concerns from privacy advocates who were concerned about the effectiveness, ethics, and precedent of such a practice. Apple's move here seems to have popularized this concept and accelerated the implementation of laws designed to monitor content from phones and traversing through the cloud. If speech is monitored, all privacy is subject to concern for numerous reasons.

While RemoveMyPhone is a Florida-based privacy firm and focuses on the privacy issues of Americans, we also want to raise awareness on the privacy issues that our European brothers and sisters are also facing overseas as this kind of thing affects all of us. It is difficult to imagine a scenario where the European government is spying on their citizens where this doesn't eventually enter the radar screen of American politicians, so vigilance and attention on this issue should be raised now, before the European legislation is in place, so privacy watchdogs can bring all of their concerns to the public and voice their feels on this measure before it's put in place. As anybody who has visited an airport since 2001 can attest, once a government program is put in place, it's not going anywhere anytime soon.